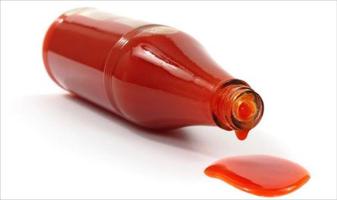 1. Why hot sauce?     I've been a hot sauce fan all my life. During my childhood, my father used to make a "pickled pepper" sauce from the garden. We ate it on many things. My love intensified upon a visit to Buffalo, NY when the "Buffalo Wing" phenomenon first started. I was hooked ever since, trying to find the perfect wing and the perfect sauce. I took to collecting many years back and have several hundred varieties of sauces from around the world.

2. How did you get started making hot sauce?     I had been making wine as a hobby for many years. I resolved one day to attempt to make my own hot sauce. I figured my palate could detect the individual spices I tasted in some of the sauces I liked. Why not? It was worth a try I reckoned. I just had to figure out "how." I discovered after a great deal of research, that I could probably employ some winemaking techniques to hot sauce production. From there I simply experimented with various recipes, using friends as guinea pigs. Cops are a brutally honest bunch, so there were some "failures" early in the process. I continued to improve. It later got to the point where folks I didn't even know were asking for my sauces, claiming that they'd "got some from so and so," even offering to buy some.. It was then I realized, that perhaps, I could make a legitimate business, retire and quit wrestling criminals for a living.

3. What is your favorite hot sauce?  Selfishly speaking - my own of course. Aside from that (I don't know these guys nor have I received any recognition or compensation from them) but some good ol' southern boys from Florida have a company called Gator Hammock and a product called Gator Sauce. They figured it out well.

4. Why the Carolina Reaper? I am a South Carolinian and am proud to use the world's hottest pepper born and bred in the Palmetto State. Hats off to "Smokin" Ed Currie who developed this strain in upstate South Carolina. Thrill seeker? Eat a raw one whole, then hang on!

5. Do you grow your own peppers? Yes. All the fresh peppers (including the Reapers)  used in our products are grown in my gardens (all natural, organic fertilizers only, no chemical pesticides.) Other ingredients are sought elsewhere (local when available) but some products are purchased at the best prices available from local retailers - such as vinegar, salt, garlic and ground black pepper that we cannot produce locally. 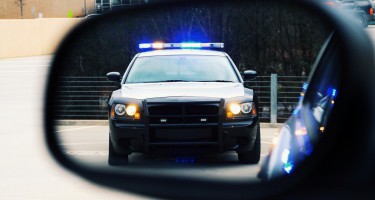 2. What does it mean to "serve a warrant?"  The police crowd know this, but to the rest of you it is: Someone has been accused of a crime and a warrant has been issued. Either an "arrest warrant" sworn out by an officer of the law naming the suspect in a crime, or a "bench warrant" issued directly by the court or "from the bench," usually for contempt in not showing for court or failure to comply with an order of the court. Service of the warrant means an apprehension and physical arrest of the suspect. Handcuffs on and booked into the jail. "Warrant" service is definately not the same as delivering divorce papers or other court materials, it is an actual arrest.

3. Do you really hold the record for warrant service?  Absolutely, and I ain't finished yet! I have done this exclusively since 1997. The last official count was 16,464 some years ago. It is not to claim I have arrested that many people, some actually had multiple charges. I might serve several different warrants on a single individual at the time of arrest. Determining exactly how many folks were arrested would be a different and more difficult count altogether, my count is by criminal cases. Without question I have put many thousands of people in jail. It is common, whether on duty or off, folks will recognize me and speak, having been previously arrested (usually it is jovial.)  In many instances they will leave immediately. Sometimes they even run....